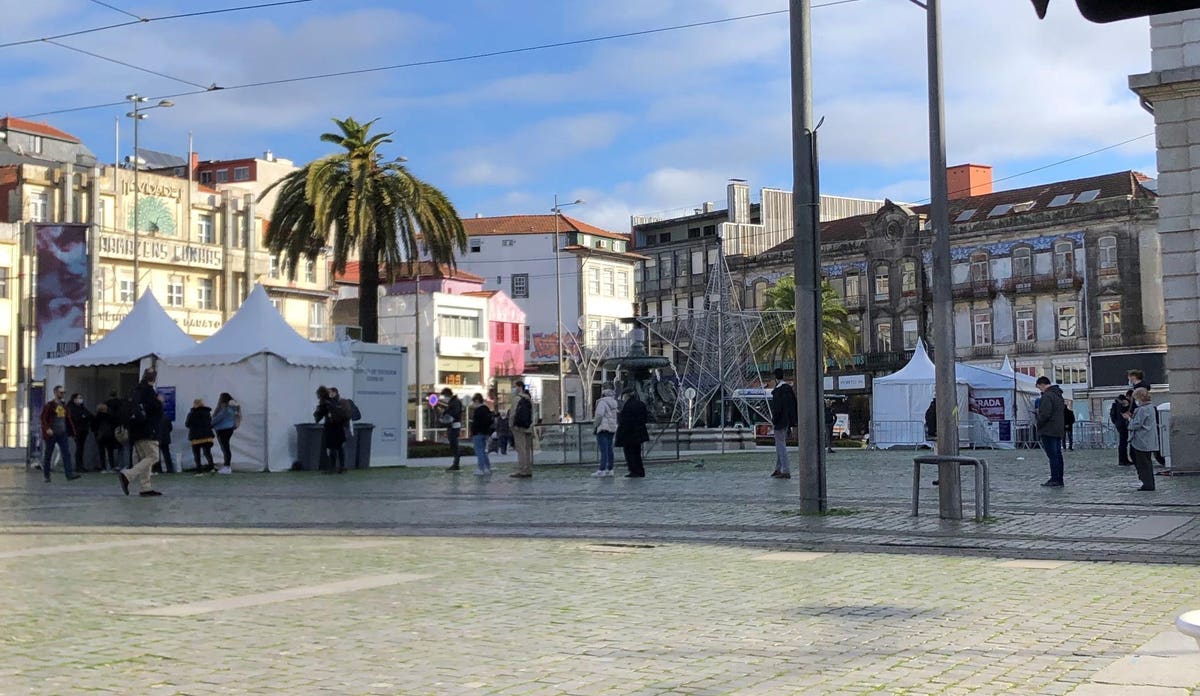 Walking down the street in a Portuguese city these days is a calming affair. People keep their distance – in a way that seems sensible rather than hostile. Many of them will be wearing masks. Queues outside pharmacies are orderly. It’s hard to find flyers, scrawled messages, large demonstrations, or other signs of opposition to pandemic-related restrictions.

The sense of relative tranquility is aided by a very high vaccination rate against Covid-19. Following a devastating wave of Covid-19 cases in early 2021, Portugal emerged seemingly out of nowhere to become one of the world’s leaders in Covid-19 vaccination. Nearly the entire eligible population is now vaccinated.

The forceful leadership of the head of the national vaccination task force, a former submarine commander, may be one factor – although some have taken issue with his militaristic style. Another may be the relatively minor presence of anti-vaxxers in Portugal.

But it’s not just about vaccination. The long, perfectly spaced queues at the many free testing centers; the seemingly universal wearing of masks, often medical-type masks, in enclosed spaces; the prevalence of mask wearing outdoors; the willingness of many businesses to turn away customers for not having proof of recent testing – all point to a casual comfort with frequently changing pandemic restrictions, without the tension and skepticism that have dogged many other parts of Europe.

Other Forbes contributors have noted a lack of major anti-lockdown protests and a high degree of respect for government-imposed rules in Portugal. Indeed, Portugal has a much weaker populist movement than other Southern European countries.

This is partly related to a strong trust in government, in a country that only emerged from dictatorship in the 1970s. As discussed by political scientists Elisabetta De Giorgi and José Santana-Pereira, trust in government during the early part of the pandemic was higher in Portugal than in Spain, Italy, and Greece. In fact, government approval ratings in Portugal increased between 2019 and 2020 – possibly aided by more consensus among political parties than in the other countries.

This continued in some form into later phases of the pandemic. A survey conducted between October and November 2020, by Gisela Gonçalves, Valeriano Piñeiro-Naval, and Bianca Persici Toniolo, showed that the majority of people surveyed considered government communication regarding public health to be timely and reliable. Even more of them trusted medical authorities than political ones, while relatively few were confident in the information dispensed over social media.

And in a survey carried out by the Fundação Francisco Manuel dos Santos between March and May 2021, 86% of respondents believed that the Covid-related restrictions to freedom were justified; at the same time, 43% believed that democracy had weakened.

Clearly, it won’t be easy to replicate Portugal’s public health compliance in other countries with very different economies, populations, and especially political histories. And relative consensus may come at the expense of productive dissent. For now, Portugal’s success in ensuring adherence to public health measures points to the harder and longer process of restoring trust and collaboration among the public, the medical establishment, and the political establishment, which has proven so critical during public health emergencies.