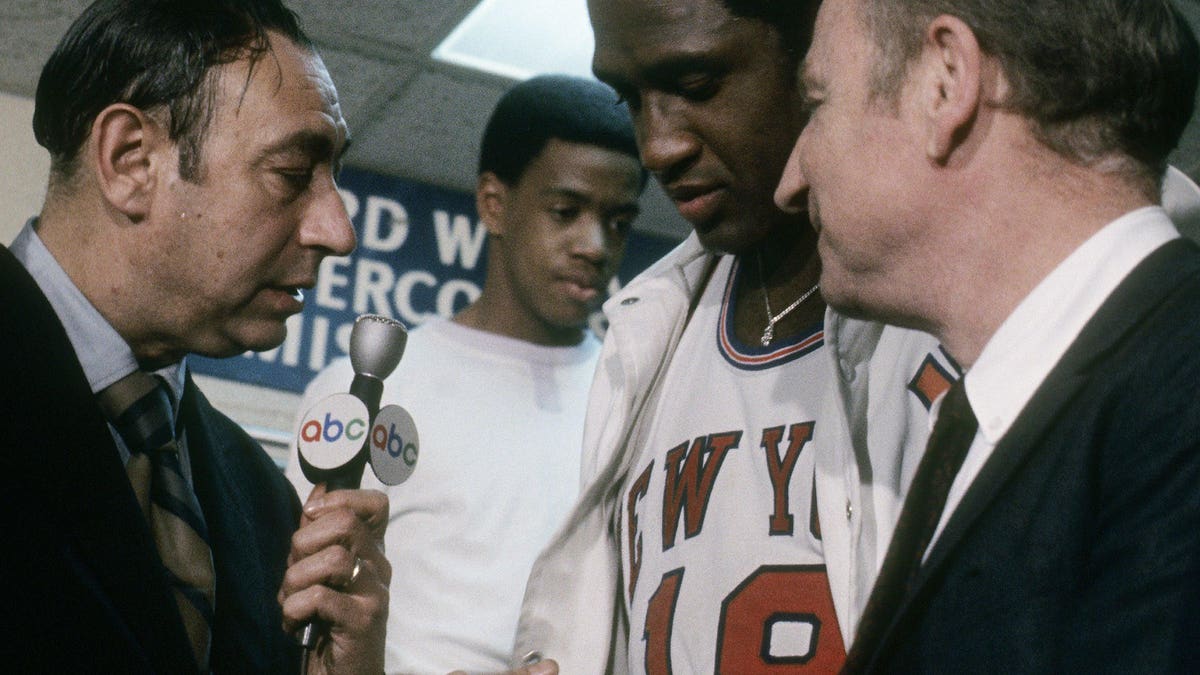 The warm up jacket worn by Basketball Hall of Famer Willis Reed the day he played through a torn thigh muscle to help the New York Knicks clinch their first NBA championship in 1970 will head to auction for the first time Monday.

Reed wore the white, short-sleeved jacket with orange details as he warmed up, during the game when he wasn’t playing on the court and during locker room celebrations after the Knicks won Game 7 of the 1970 NBA Finals.

The Knicks’ team captain had already been named the most valuable player for both the 1969-1970 season and the 1970 All-Star Game, but it was unclear if he’d be up to help the New York Knicks in the momentous game against the Los Angeles Lakes after tearing a thigh muscle in Game 5 and being forced to sit out Game 6.

Reed–who later recalled he didn’t want to “look at myself 20 years later and say ‘I wish I had tried to play,’”– limped out to the court during warmups before the final game, causing the Madison Square Garden audience to erupt in cheers, which has since gone down as one of the the most memorable moments in basketball history.

Despite his injury, Reed scored two jump shots and encouraged his teammates on the court to help the Knicks beat the Lakers 113-99.

The jacket was photo-matched with Reed’s post-game interview with late sports broadcaster Howard Cosell that took place in the locker room immediately following the game.

It was sourced from an employee at a car dealership who likely traded a car for the jacket with a Madison Square Garden employee, according to Grey Flannel Auctions, which will take bids starting at $10,000 when the auction opens today.

The market for sports memorabilia is heating up as the economy continues to recover from the coronavirus-triggered recessions. Objects that were worn or used during memorable and iconic moments in sports history tend to fetch the highest prices at auctions. Earlier this month, the soccer jersey purportedly worn by Diego Maradona when he scored his infamous “Hand of God” goal sold for $9.3 million and set a new record for the most expensive piece of sports memorabilia to sell at auction. The golf clubs Tiger Woods used to win all four Masters Championships in a row sold for $5.16 million last month, despite Woods once claiming they aren’t the same clubs he used to win the titles in 2000 and 2001.