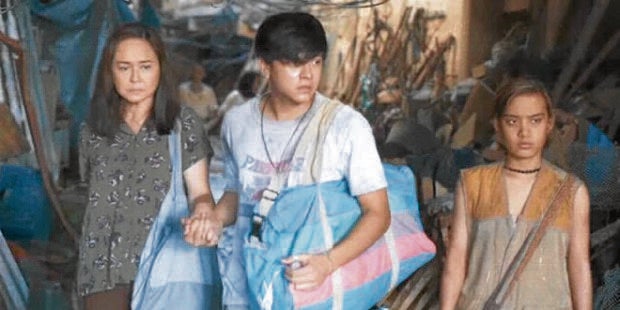 Seasoned actress and film producer Charo Santos-Concio believes that one can learn a thing or two from working with younger actors. In her case, with Daniel Padilla and Rans Rifol, her costars in Carlo Francisco Manatad’s dramatic film “Whether the Weather is Fine” (Kun Maupay it Panahon).

The film, shot entirely in Tacloban City and in the Waray language, is an entry to the 2021 Metro Manila Film Festival (MMFF) that will conclude its run on Jan. 7.

“These young actors, they’re not really so self-conscious. They have more candor compared to the more experienced ones,” said Charo, who won best actress for her portrayal of the character Norma in the film.

“They are also less afraid. I think this is because our generation grew up in a very traditional environment, where everything had to be right and proper,” Charo explained. “These young actors are so chill. They just go for it. When I got to observe them on the set, I noticed that they were very casual, but when the cameras started grinding, they suddenly morphed into their characters.”

When asked to describe Daniel some more while they were on the set, Charo said: “He is a very pleasant person. He is easy to work with and is very professional. He would come to the set prepared. I guess, even though he would often say he felt intimidated by me, he didn’t show it.”

She continued: “I found it funny when, once, I saw his reaction to how I delivered my lines in Waray. He said he spent some years in Tacloban when he was young and he would hear his mom and grandmother speak the language, but he would still buckle with his lines.”

Digressing a bit, Charo said this was actually the main reason she was drawn to the project. “Acting on this film requires multitasking. You have to be conscious of how to pronounce the words correctly, as well as take note of the intonation. At the same time, you have to be able to show the correct emotions required for your character.”

Throughout the shoot, Charo said Daniel would open up to her about how challenging the project was, as well as his frustrations and things that he hoped the industry would achieve in the future. “I’m happy because I know Daniel is not the type to open up to the world, and yet, he trusted me enough to share a little side of him.”

When it came to talk about new actress Rans, Charo said: “She’s good. She didn’t appear intimidated by Daniel and me. Nakasabay siya [sa amin]! She knew what she had to do. She understood her character, Andrea, really well.” INQ