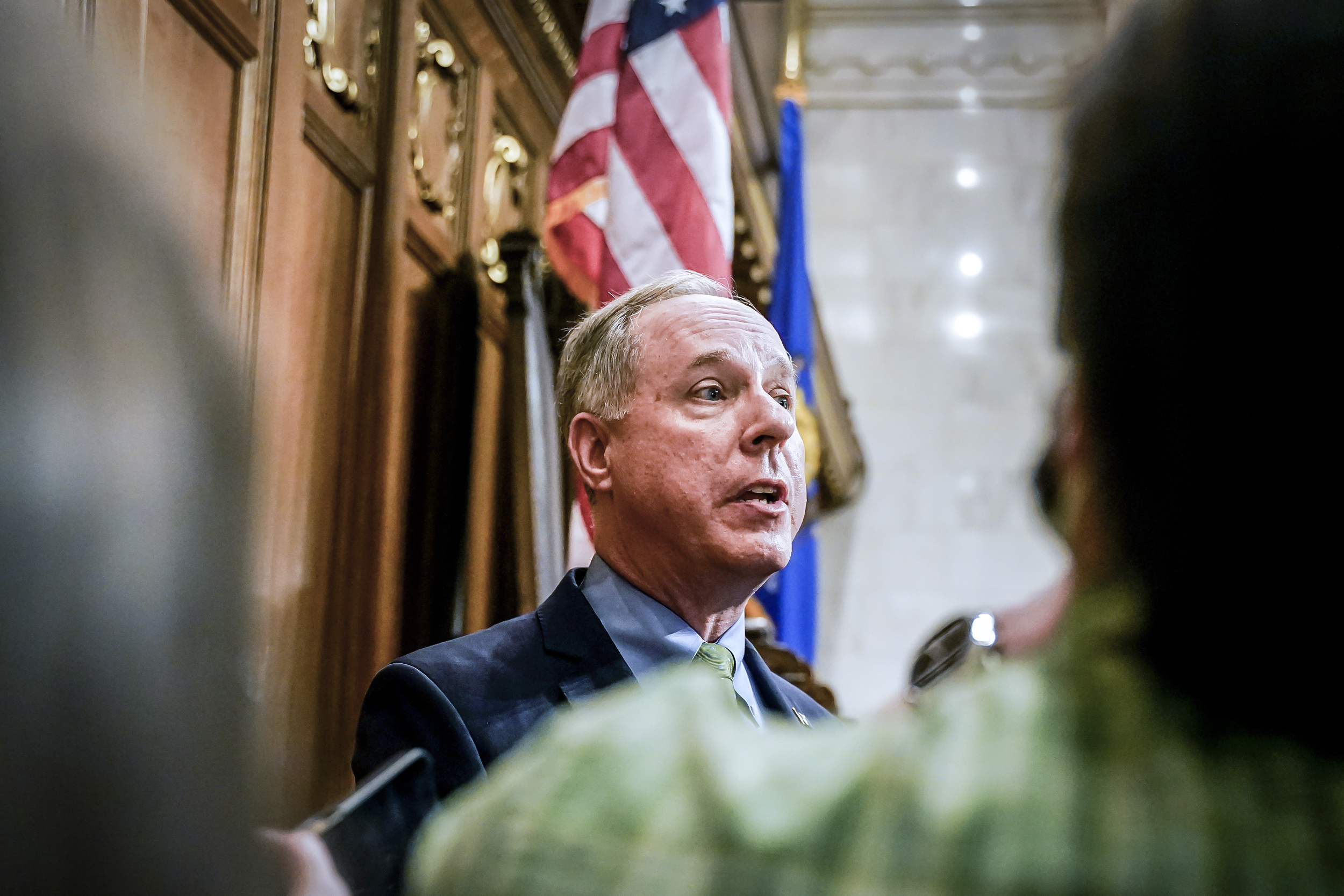 A top GOP official in Wisconsin who said former President Donald Trump called him to overturn the state’s 2020 election results is scheduled to sit for a deposition Wednesday with the House panel investigating the Jan. 6 riot, two people familiar with the matter told NBC News.

Robin Vos, the speaker of Wisconsin’s state Assembly, was subpoenaed by the committee earlier this year after he publicly revealed that Trump called him 20 months after the election to demand that he dismiss the results. President Joe Biden won the battleground state by about 20,000 votes.

Trump’s call came after the Wisconsin Supreme Court issued a ruling that restricted the use of absentee ballot drop boxes in future elections. Trump tried to convince Vos that the ruling should apply retroactively, which Vos informed him was not possible.

The speaker’s refusal to attempt to throw out the election results led Trump to campaign against his re-election. Vos, who is the longest serving speaker in Wisconsin history, ultimately prevailed in his primary, but by only 3 percentage points — the smallest margin in his political career. He was recently re-elected as speaker.

Vos was previously criticized by Wisconsin Democrats for appropriating close to $700,000 to investigate the state’s 2020 election results. The investigation turned up no evidence of widespread fraud, and the speaker later said the election was not stolen.

A spokesperson for the Jan. 6 committee declined to comment on Vos’ scheduled appearance. NBC News has reached out to Vos for comment.

The Vos interview comes on the heels of a federal judge rejecting Trump’s argument that he has “absolute immunity” in response to a lawsuit alleging he committed civil rights violations in his attempts to challenge the 2020 presidential election results.

The House committee has held a series of interviews with former Trump officials in recent weeks.

Kellyanne Conway, who worked as a senior counselor to Trump from the beginning of his term through August 2020, met with the panel for nearly five hours on Monday.

On Tuesday, former deputy White House chief of staff Tony Ornato was set to appear for an interview before the committee, a person familiar with the panel’s plans told NBC News.

The committee is expected to soon release a final report detailing the findings of its investigation. The panel is not expected to continue beyond January, when Republicans take control of the House.

Haley Talbot is an associate producer in the NBC News Washington bureau.

Zoë Richards is the evening politics reporter for NBC News.