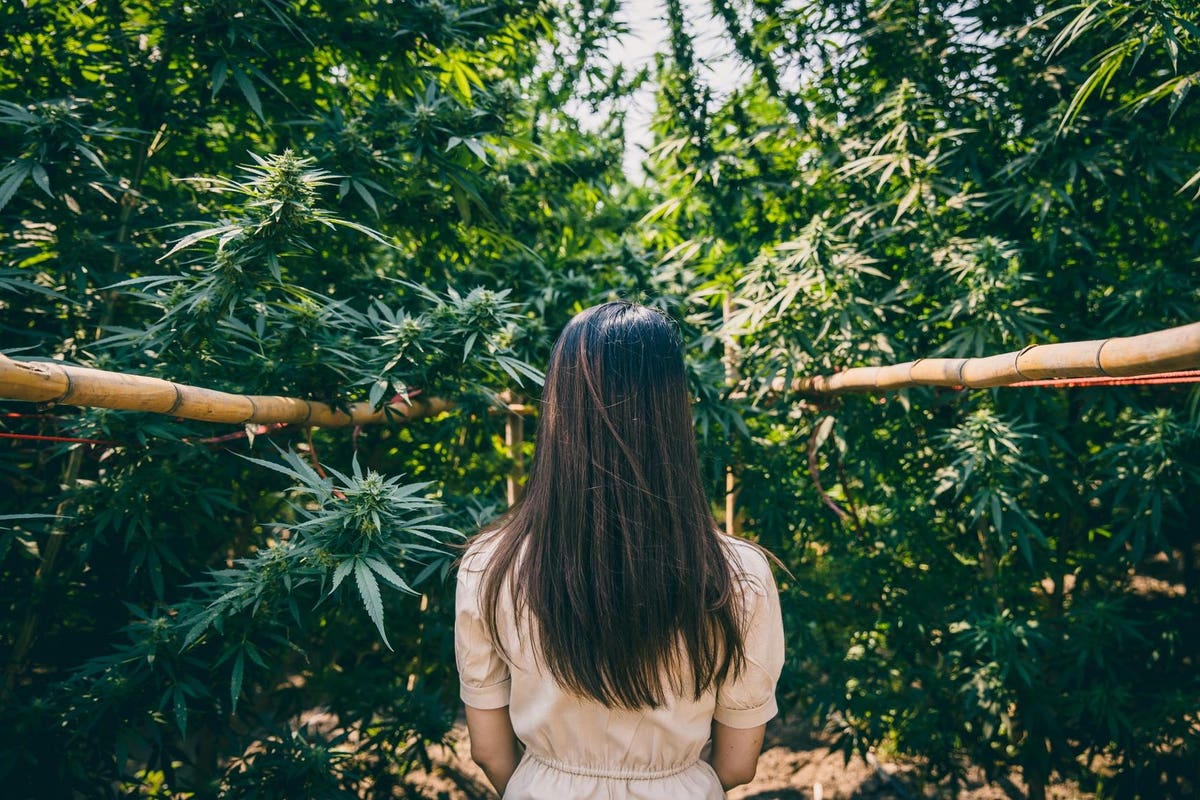 It’s no secret that moms and pregnant women are highly scrutinized for cannabis use.

Since it is unethical to study or experiment on pregnant women, and also because of the moratorium on cannabis research in the U.S. for the past 50 years, very little concrete data is available to show how weed affects the health of pregnant women and their offspring.

One place that moms turn to when they have questions or concerns about cannabis is the internet. The safety and anonymity of online support groups offer mothers a reprieve from the judgment women receive both from society at large and inside doctors’ offices.

“The dissonance around cannabis use during pregnancy between national health organizations and scientific evidence has left expecting mothers seeking out safety information for themselves,” authors of a new study on cannabis and pregnancy write. “A lack of provider counseling regarding cannabis use during pregnancy leaves expecting mothers to seek out safety information for themselves.”

MORE FROM FORBESThe Weed Industry Must Reckon With Its Internalized Misogyny.By Lindsey Bartlett

If a woman is honest with her nurse or doctor that she uses cannabis, in many states, they can then drug test her without her consent. She then may have Child Protective Services do welfare checks on her while in the hospital and in her home. She may also forced to go on a list of “neglectful women,” depending on the state. This title has been long attested by moms who use cannabis and are working to destigmatize the plant. As more weed-friendly moms come out of the woodwork or emerge from their safe hiding in plain sight, intense discrimination still continues.

A small group of 131 women was studied as part of the review. It looked at the contents of 151 original messages and 1260 corresponding comments posted over a timeframe of 7 days. The findings show that people are seeking information and simply have nowhere else to turn, and create their own safe online space to ask questions.

4.7 % of pregnant women in the U.S. admit to using cannabis, according to data offered by the Substance Abuse and Mental Health Services Administration back in 2019. Among women in eight states who had a recent live birth, 9.8% reported using cannabis before pregnancy, 4.2% during pregnancy, and 5.5% after pregnancy, a 2020 study found. But self-reporting estimates may be low and reflect half or less than the reality. Self-reporting in a doctor’s office, when telling the truth could mean CPS is knocking on your door, means many women feel like they can’t be fully honest in that environment.

“Online support forums allow cannabis-using mothers to ask questions and receive responses from other mothers who have experienced similar situations, especially from those living in their state,” the study’s authors write. “Mothers sought geographic-specific experiences, advice about testing, and the involvement of Child Protective Services as well as advice on quantity and the different methods of cannabis use during pregnancy.”

The study’s findings dig deeper into what expecting mothers are asking in anonymous online forums. “The top topics for which members sought out information were testing, state-specific questions, postpartum, child protective services (CPS), hospital-specific questions, birth announcements, methods of cannabis use, quitting, breastfeeding/pumping, pregnancy symptoms, mental health, general health and pregnancy, and quantity of cannabis use.” Among the clustered responses from women, researchers found focused conversations around, “congratulations and relief, and concealing cannabis use and symptoms.”

Sciencedirect“Ganja Mamas”: Online discussions about cannabis use in pregnancy

Harvard professor and primary care physician Dr. Peter Grinspoon says he is “very cautious” about any substances for pregnant women because there is so little solid research. “I don’t recommend anyone uses cannabis for pregnancy or breastfeeding unless there is a severe medical reason, if what you’d be prescribed would be more harmful.”

Studies that have found cannabis harmful on infant or in utero babies often ignore factors that coincide with cannabis use: tobacco, alcohol, and poor diet due to poverty. “We have very little clean data proving the harms of cannabis and pregnancy,” says Dr. Grinspoon. “At the same time, we don’t know if it’s safe.”

Medical professionals often air on the side of caution when it comes to pregnancy because there are no studies on the results of using weed in utero. Low birth weight is commonly offered as one of the possible side effects. One study debunked the data on cannabis as a cause for low birth weight in infants. It found cannabis was impossible to tease our from other, “psychosocial and behavioral factors including stress, smoking, and late or no prenatal care.”