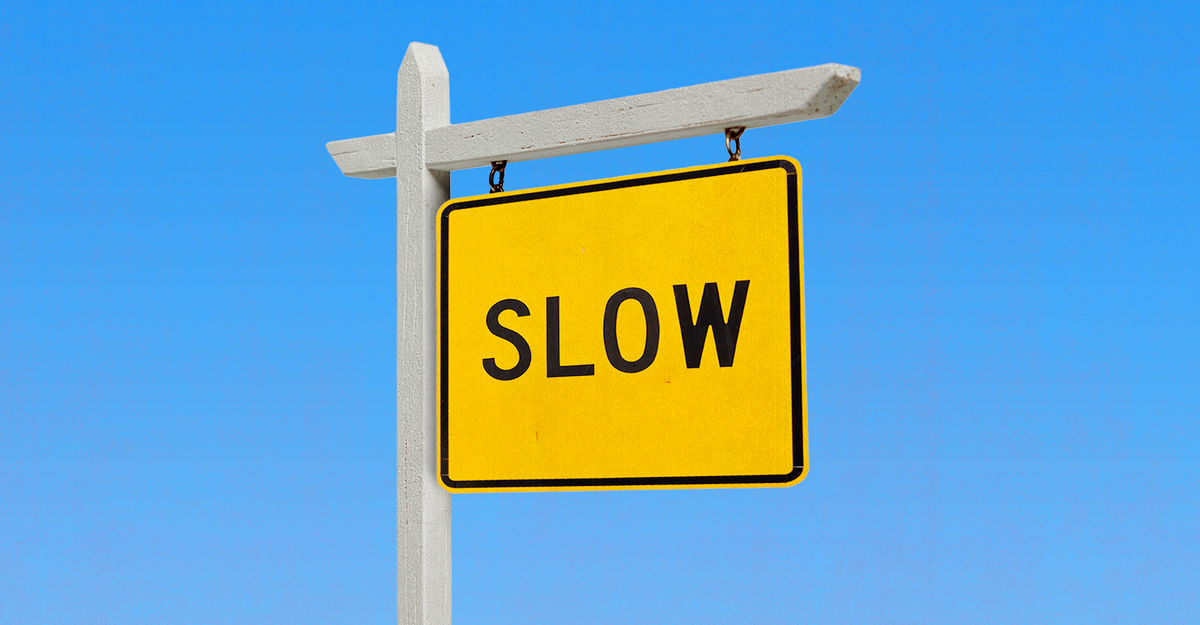 Should you even try to buy a house right now? Asking real-estate agents, economists, and potential homebuyers that question is likely to elicit something between a whimper and a scream these days. “It never feels like a great time to buy a house,” Danielle Hale, the chief economist at Realtor.com, told me. “You’re committing yourself to paying this enormous mortgage over a really long period of time.” But, she said, something that is always “a little bit scary” is “particularly scary” right now. Many Americans seem to share that sentiment: Half as many home sales occurred this past July as in the same month two years ago.

A confluence of factors, some structural and some cyclical, have aligned to make the current housing market among the most challenging, expensive, and stressful ones in recent years. A few lucky Americans are poised to pick up some deals, while many other families are negotiating the process by lowering their expectations or increasing their budget. “There are always people out there for whom now is the best time,” Daryl Fairweather, the chief economist at Redfin, told me. “There are people who are trying to move across the country for a new job opportunity. There are people who have been laid off and need to rethink their finances.”

But housing experts I spoke with concurred that many families might want to consider waiting, if they can. Here are five reasons.

Staggering prices. Right now, home prices are high—very, very high. Desirable metro areas just do not have enough units available, after decades of underbuilding. And in the past two years, scant supply has met a surge in demand, as older Millennials have looked to settle down and work-from-home policies have allowed many families to relocate. Until a few months ago, such homebuyers had the benefit of mortgage rates that were less than half their historical average. “The housing market was on fire up until the spring of this year,” Fairweather said. “We heard so many stories of people bidding $50,000 or $100,000 over asking price, waiving every contingency, putting in these crazy escalation clauses” to avoid being outbid.

As a result, the median national sales price has climbed to $455,000, with average prices in the San Francisco, San Jose, Anaheim, and Honolulu metro areas topping $1 million. According to the Case-Shiller index, single-family homes are trading for 65 percent more than they were before the housing bubble popped in 2007.

Sharply rising mortgage costs. The price tags on apartments and houses across the country remain at or near historic highs. And the cost to finance those apartments and houses has risen precipitously. To bring down the country’s runaway rate of inflation, the Federal Reserve has jacked up the cost of borrowing. The average rate on a 30-year fixed mortgage has spiked from less than 3 percent two years ago to nearly 7 percent today.

Low inventory. Why has the extraordinary surge in borrowing costs not led to falling prices? Because inventory is low, housing experts told me. “Listings are down 20 percent from last year,” Fairweather said. “If you already own a home and you locked in a low interest rate, you don’t really have a reason to sell right now. And if you wanted to sell, you probably would have sold last year or the year before, when the market was really hot.”

That low inventory does not just mean higher costs for potential buyers. It also means less selection, with folks having to do more searching and waiting to find homes that match their criteria.

Annie Lowrey: The U.S. needs more housing than almost anyone can imagine

The stock-market decline. Home values might not have seen a broad correction, but the stock market has: The S&P 500 is down about 13 percent year over year, with tech stocks in particular getting hammered. Given that many folks sell stocks in order to buy a home, especially if they’re in the market for a jumbo mortgage, the fall in the price of equities has made buying a house a yet more expensive and less attractive proposition.

Uncertainty everywhere. The Fed is risking a recession to tame inflation: Economists surveyed by Bloomberg estimated the likelihood of a contraction in the next year at 60 percent. The Conference Board, a business think tank, puts the probability at 96 percent.

Even if the economy does not shrink, a mere slowdown in growth would mean more layoffs, less wage growth, falling consumer spending, and reduced business investment. That’s not an environment in which a lot of people are going to be comfortable buying a home. Who wants to spend $80,000 on a down payment just to lose their job, or lock themselves into a $2,000-a-month mortgage payment if they might soon have to move to a lower-cost area?

The risk of recession isn’t the only source of queasiness. Mortgage rates, for instance, are the most volatile they have been in three decades. “You know how much home you can afford, and the cost of this thing you’re trying to buy swings $100 a month in one week,” said Hale, of Realtor.com. “It makes it difficult for buyers to figure out what they can afford to pay, and difficult for sellers to know how to price their homes. There’s so much uncertainty and volatility that people are all just kind of pulling back.”

Given all these pressures, is there anyone for whom this might be a good time to buy? Sure, housing experts told me. Today’s conditions are excellent for people who are in the financial position to pay cash or put up a very large down payment; they are also tolerable for families looking in the expensive areas that are seeing price declines, such as San Francisco, and for wealthy people who want to avoid bidding wars in places such as Manhattan. “If you can still afford it, you’re in the best position you’ve been in for two years,” Orphe Divounguy, an economist at Zillow, told me. “The key thing here is being able to afford it.”

Homebuyers who don’t fall into those lucky categories might opt for less-desirable homes, smaller or in need of more fixing up or farther out in the exurbs; they also might choose to increase their monthly budget or put more money down, if they can. Some families are also taking out adjustable-rate loans or betting on refinancing in the future. “There has been a whole percentage-point gap between fixed rates and adjustable rates,” Hale told me. “At today’s median list price, that translates into a $225 lower monthly payment—that’s significant enough to make a difference between being able to buy and not buy.”

Derek Thompson: Why your house was so expensive

But adjustable-rate loans have, well, adjustable rates, meaning that families could end up paying more and are introducing variability to their budgets one way or another. And refinancing is expensive and might not be a useful option if rates stay elevated. “There’s a saying that you marry the price but date the rate,” Fairweather said. “You don’t know how long it’s going to take until it makes sense to refinance, and refinancing isn’t free. But that’s something more risk-tolerant people are doing.”

People who have to be in the housing market now can console themselves in one modest way: Even if there’s less economic uncertainty, lower mortgage rates, and more listings on the market soon, nobody thinks there’s much chance of American real estate becoming significantly more affordable in the medium to long term, because of that underlying and enormous housing shortage. “Delaying that purchase, if you’re going to be in the home for seven or 10 years, may not be the brightest idea,” Divounguy told me. “We’re massively underbuilt, so there will continue to be these upward pressures on prices.”