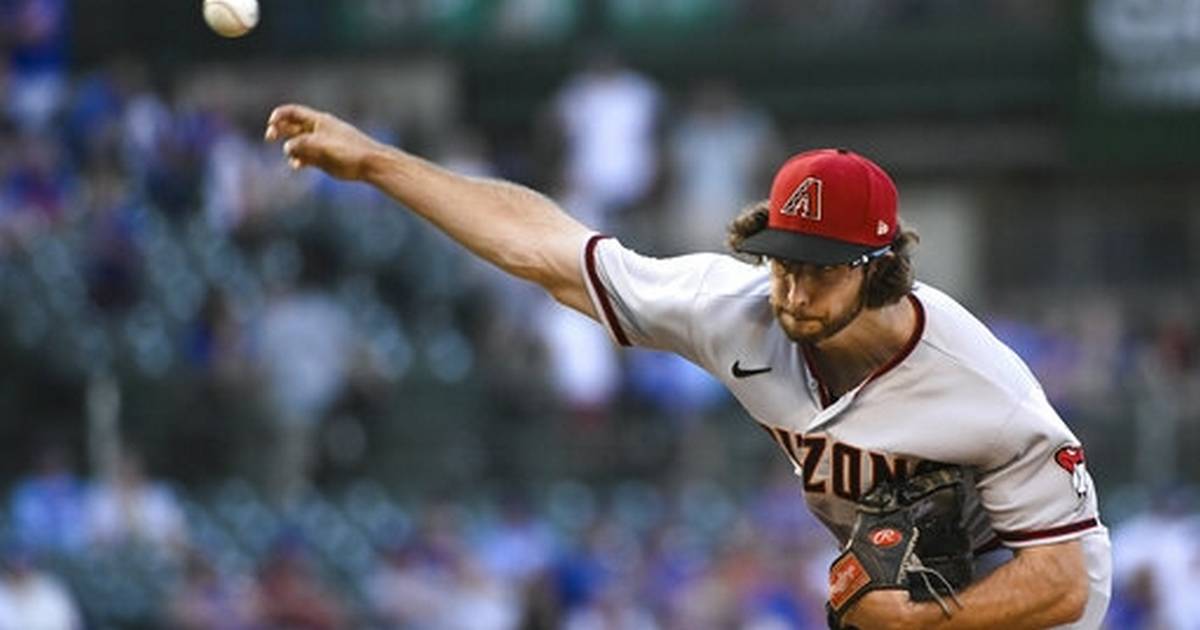 Gallen (3-0) allowed one run and two hits, continuing his strong start to the season. The right-hander issued three walks and hit a batter, but he wiggled out of a jam in his last inning while earning his first win in his fourth career start against Chicago.

After finishing 2021 with a career-high 4.30 ERA, Gallen has permitted two or fewer runs in each of his first seven starts this year.

The Cubs got Marcus Stroman back from the COVID-19 injured list, but they went 1 for 7 with runners in scoring position and left nine runners on base. Yan Gomes doubled home Willson Contreras in the fourth for the team’s only run.

Stroman (1-4) allowed three runs, two earned, and five hits in five innings in his first start since May 1. The right-hander struck out six and walked none.

Stroman retired his first nine batters, but Varsho drove his first pitch of the fourth deep to center for his seventh homer. Josh Rojas and David Peralta tacked on two-out RBI singles for a 3-0 lead.

The Cubs loaded the bases in the fifth on Christopher Morel’s 11-pitch walk in his third big league game, Andrelton Simmons’ eight-pitch walk after falling behind 0-2 and a hit by pitch for Contreras. But Gallen coaxed Ian Happ into an inning-ending bouncer to second.

Sean Poppen, Joe Mantiply, Ian Kennedy and Mark Melancon then combined for four innings of two-hit relief. Kennedy struck out Patrick Wisdom with runners on second and third in the eighth, and Melancon earned his eighth save.

Diamondbacks: C Jose Herrera was placed on the injured list without a designation, indicating a potential COVID-19 issue with the team. The move with Herrera comes one day after LHP Kyle Nelson and OF Cooper Hummel were placed on the IL without any injury designation. The team announced the same move for INF Nick Ahmed on Monday. With Herrera out, C Grayson Greiner was promoted from Triple-A Reno. … 2B Ketel Marte returned to the lineup after missing two games with left hand soreness.

Cubs: RHP Michael Rucker was placed on the 15-day injured list with left turf toe. To make room for Stroman on the 40-man roster, RHP Alec Mills was transferred to the 60-day IL. … INF David Bote (left shoulder) went 1 for 3 with a double in his first rehab game with Triple-A Iowa. … INF Nico Hoerner (right ankle) is building up his running progression. … SS Ed Howard, the No. 16 pick in the 2020 amateur draft, will miss the rest of the season because of a hip injury. Howard, 20, was with Class-A South Bend when he got hurt. ‘He’s going to have surgery,’ President of Baseball Operations Jed Hoyer said. ‘The early prognosis is really good as far as a comeback.’

Right-handers Humberto Castellanos and Kyle Hendricks pitch on Friday afternoon. Castellanos (2-1, 4.15 ERA) tossed 5 1/3 innings of two-run ball in a no-decision against the Cubs at Chase Field on Sunday. Hendricks (2-3, 4.03 ERA) has permitted just one run in 14 1/3 innings over his last two starts for Chicago.

Jay Cohen can be reached at https://twitter.com/jcohenap