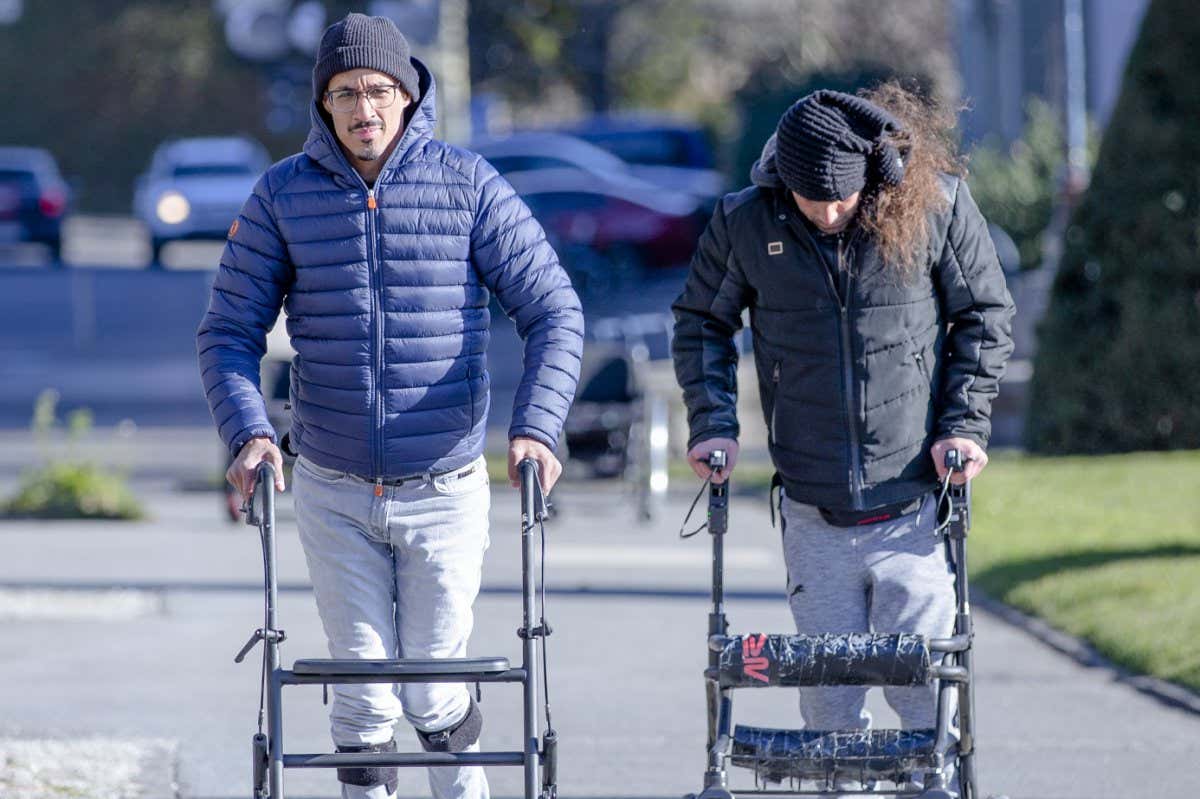 Nine people with lower body paralysis improved in their ability to walk after receiving electrical stimulation to the spine, with researchers then mapping the neurons that seemed to have promoted this recovery

Nine people with different degrees of lower body paralysis gained the ability to walk after receiving prolonged electrical stimulation to the injured area of their spine. This led to researchers identifying neurons that may help to improve walking ability post-paralysis.

The team implanted electrical devices into the spinal cords of nine people who had injuries in a similar area of their spinal cord. Six of the participants had some feeling in their legs but little to no ability to move them, while the remaining three couldn’t feel or move their legs at all.

Electrical stimulation was applied to the participants’ spinal cords, with the pattern and location of these pulses being personalised via an artificial intelligence. The participants were then asked to walk as far as possible in 6 minutes.

With the support of a frame, the electrical stimulation enabled them to walk up to 25 metres.

Over the next five months, they continued to receive this electrical stimulation, alongside guided physiotherapy sessions, up to five times a week. At the end of the study period, they could walk 50 metres in 6 minutes, on average.

Four of the participants could even walk without any electrical stimulation, suggesting that the therapy induced sustained rewiring of spinal cord neurons.

To better understand how this occurred, the researchers induced spinal cord injuries in mice, paralysing their hind legs. They then implanted a device that delivered electrical pulses to the animals’ spines. Their walking ability subsequently improved.

Next, the researchers mapped the gene activity of the neurons at the mice’s spinal injury site, which revealed that a certain type of neuron became more active after electrical stimulation.

They then used a genetic tool, which could be controlled via light, to silence and reactivate the neurons linked to walking recovery. The rehabilitated mice could only walk when the neurons were switched on.

“After spinal cord injury, you have a lot of chaotic activity where a lot of neurons are trying to function,” says Bloch. “The electrical rehabilitation organises the network of cells and you actually increase the activity of a specific type of cell, while all the other cells are not activated.”

The researchers also found that silencing these neurons in mice that hadn’t been paralysed had very little effect on their walking ability.

“These cells are important for recovery of walking in injured mice, but when we switch them off in healthy mice without injury, it hardly affected their ability to walk,” says Bloch.

“The identification of a recovery-organizing cell type is a big step forward in our understanding of the mechanisms that underlie [electrical stimulation] rehabilitation,” wrote Kee Wui Huang and Eiman Azim, at the Salk Institute for Biological Studies in California, in an accompanying opinion article.

In the future, manipulation of these neurons could reveal new ways to improve walking ability after paralysis, Huang and Azim wrote.