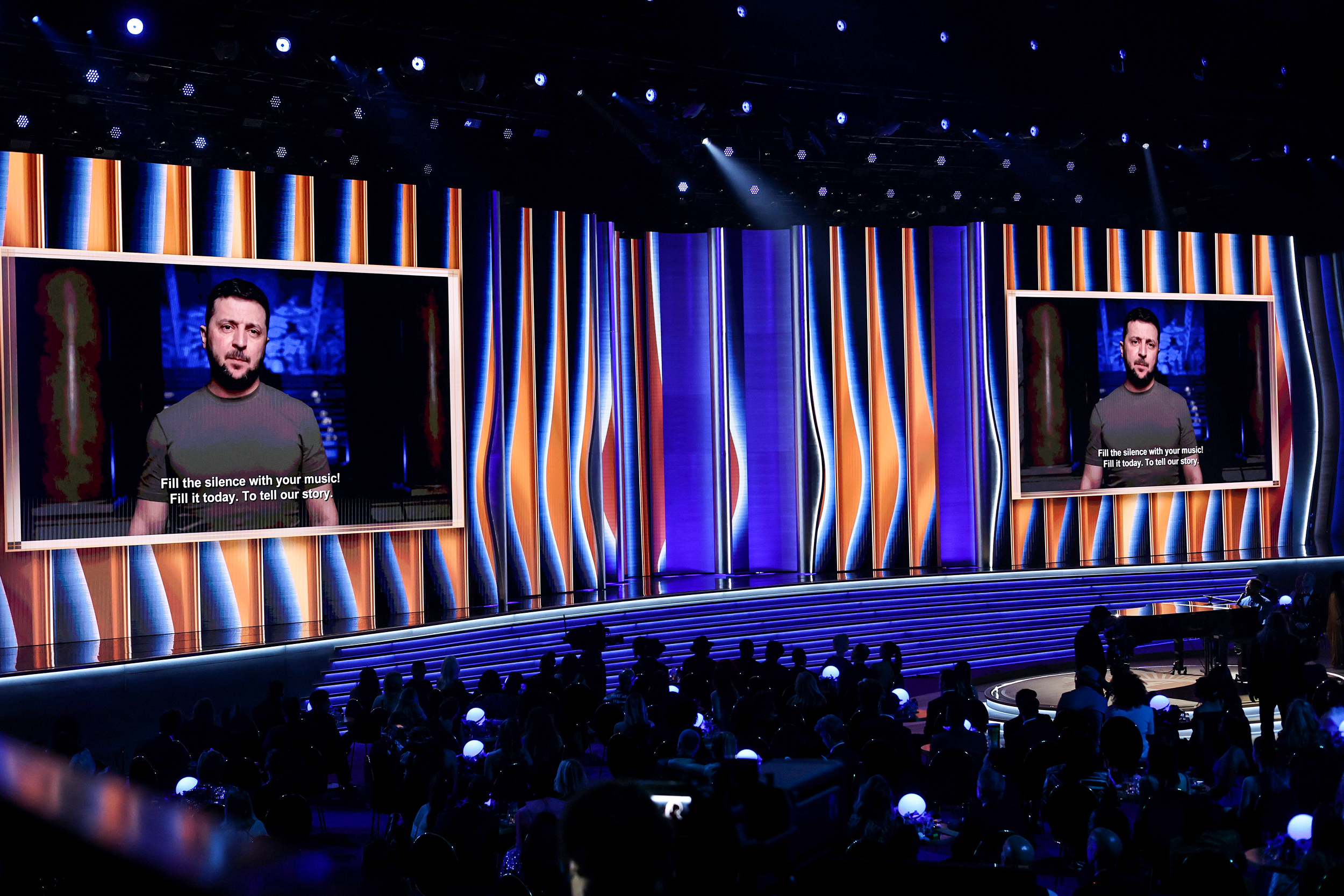 Ukrainian President Volodymyr Zelenskyy made a video look at Sunday’s Grammys, urging viewers to “support us in any way you can.”

“What is more opposite to music? The silence of ruined cities and killed people,” Zelenskyy stated in a video message after he was launched by host Trevor Noah.

“Our musicians wear body armor instead of tuxedos. They sing to the wounded in hospitals, even to those who can’t hear them,” he continued. “But the music will break through anyway. We defend our freedom to live, to love, to sound. On our land, we are fighting Russia, which brings horrible silence with its bombs. The dead silence. Fill the silence with your music. Fill it today, to tell our story. Tell the truth about the war, on your social networks, on TV. Support us in any way you can, but not silence. To all our cities the war is destroying … they are legends already. But I have a dream of them living. And free. Free like you on the Grammy stage.”

His video look was adopted by a efficiency by John Legend. Legend was joined by Ukrainian artists Siuzanna Iglidan, from Odesa, and Mika Newton, whose sister is serving within the Ukrainian military.

The Grammys partnered with Global Citizen and the worldwide marketing campaign Stand Up for Ukraine for the particular section.

“Even in the darkest times, music has the power to lift spirits and give you hope for a brighter tomorrow,” Noah said. “And there’s nobody who could use a little hope right now more than the people of Ukraine.”

Recording Academy CEO Harvey Mason Jr. said in a statement before the show that he hopes the segment “inspires our worldwide audience to get involved to support these critical humanitarian efforts.”

“We are heartbroken by the situation in Ukraine, yet still moved by the resilient spirit on display there every day,” Mason stated.

Saba Hamedy is the tradition and tendencies editor for NBC News Digital.