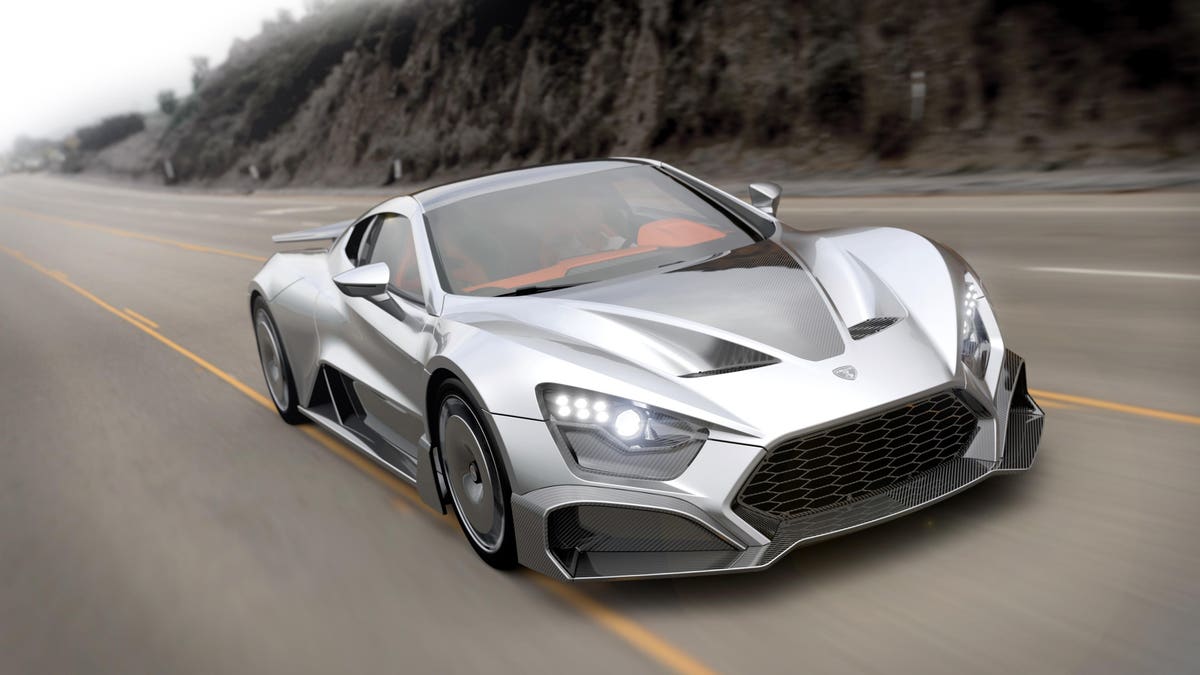 Danish hypercar maker Zenvo has revealed a new model, called the TSR-GT, which trades in the stripped-out, race car vibes of the TSR-S for a more luxurious setup.

Limited to just three examples worldwide, and already sold out, the TSR-GT is focused more on comfort and top speed than the company’s previous, track-oriented models. The TSR-S’s rear wing, which tilted sideways to generate downforce in the corners, has been replaced with a smaller fixed wing.

The GT features a new set of more aerodynamic wheels with docs covers designed to reduce drag, and the power output of the 5.8-liter, twin-supercharged V8 engine has increased from 1,193 horsepower to 1,379hp.

The extra power comes from Zenvo’s new Power Pack upgrade. The company says: “The in-house power unit build and development team has improved the volumetric efficiency of the engine through an upgraded inlet plenum and exhaust manifold,” adding: “The Power Pack incorporates a flex-fuel sensor, meaning it can run on more sustainable, high-ethanol E85 fuel – in addition to other readily available pump fuels – ensuring the TSR-GTs longevity in the modern world.”

Thanks to the aerodynamic improvements, as well as the extra power and a modified gearbox with a longer final drive, the top speed has increased significantly, from 202 mph to 263 mph. Zenvo says that figure is limited, suggesting even more might be possible. Although the final drive has changed, the car retains Zenvo’s trademark single-clutch, dog-engagement transmission with helical-cut gears and a reputation for brutal gear shifts.

A so-called grand touring specification sees the TSR-S’s bare carbon fiber interior replaced by leather on the dashboard, seats and steering wheels. The carbon floors have been covered with leather-edged velour mats in a bid to reduce cabin noise.

Zenvo says the GT will be the last car to be built on the company’s TS platform, which was created in 2016 and intended for the TSR race car, before also being adopted by the TSR-S street-legal hypercar. The company plans to reveal an all-new car in the third quarter of 2023.

Zenvo’s chief commercial officer Jens Sverdrup said: “A new era for Zenvo beckons, but before then, we’ve created our interpretation of a GT variant of the TS platform. We’ll make just three models, all of which are allocated to global collectors,”.